Isaiah 40:31 But those who trust in the Lord for help will find their strength renewed. They will rise on wings like eagles; they will run and not get weary; they will walk and not grow weak. 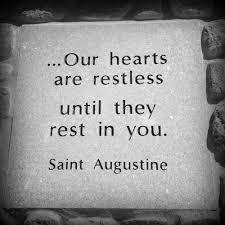 I had a visual of a woman close to labor. For some, they get restless as their bodies adjust to the final stages of pregnancy. Some start nesting and get things in order – even reorganizing already neat piles of stuff.

I don’t like feeling restless. Eventually I stopped trying (striving) and asked the Lord if He was trying to get my attention. Since I wasn’t sensing darkness around me, I knew I just needed to stop and listen.

I saw the Lion of Judah as I’d seen Him last night. He was sitting on the throne. I was in my living room watching TV when He appeared and He sat quietly watching TV with me. My ears were fully tuned to Him and my eyes kept darting back to Him and admiring how beautiful He is. His coat was white and His eyes a sparkling blue. I realized even though He was there, I didn’t feel the need to shut off the TV and pray. He was content watching the TV with me and our conversation was light. A few hours later, He turned to me and fully faced me – before He would look at me then back at the TV. Then I shut off the TV and it was our alone time.

How does this all tie together?

God is fully aware of what goes on in our lives.When in the ‘waiting room’ we need to be still and trust that He’s there. He enjoys spending time with us, He’s very easy to be around and I finally got why I was feeling restless. 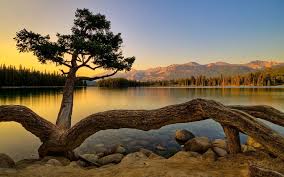 To those who are waiting for a breakthrough – don’t get restless – RELAX, He knows you are in the waiting and even though you may not see it, He’s working on it. He’s got a plan to bring it to pass. To those who are feeling restless because you are on the verge of birthing a promise or dream or even a prophetic word that’s coming to pass – RELAX. He’s got you. Don’t abort the dream/promise/prophetic word at the last minute. Don’t let the way things look like shift your focus. He’s been there all along, He’s not about to leave you now. Hang in there, continue persevering, no striving – relax and trust His process. Stay in the process and have faith.

In my vision, The Lion of Judah was content to just hang out – He’s in complete control of all things. Don’t stop living your life because you are waiting for a breakthrough – keep living it, know your season and pray according to your season – yes, your prayer life can change. (The Holy Spirit has taught me to pray according to my season and this keeps me in line with what God is doing in my life). The Lion of Judah turned to fully face me. He will require our attention and no matter what we’ve got going on around us, we need to be obedient and give Him our attention and affection. .

I want to encourage someone to relax and trust Him. He knows, He’s got it and He will bring it to pass. Focus on Him. No striving. When you start feeling restless, stop and look at HIM. I like how He sat with me and watched TV because it gives me the assurance that He is with me and just like a natural Father would sit and spend time with his child, sometimes He wants to ‘hang out’.

5 thoughts on “Waiting – No Striving.”